This post may contain affiliate links. Please see our disclosure policy for details.
I recently wrote about how the girls book club co-op I host has chosen to read The Little House Collection

by Laura Ingalls Wilder this semester. Another change we made was to incorporate a project/craft/cooking day into our rotation of meetings throughout the semester. With a series like The Little House Collection

, there are so many fun hands-on opportunities for the girls to learn about early American pioneer life.

We’re working through the first book, Little House in the Big Woods

, and all the girls agreed that they would love to make a corncob doll like the one Laura describes. However, if you’ve read the headline of this post, you already know that this post is about making “corn husk” dolls — not “corncob” dolls.

Funny thing about planning projects: You should really take into consideration if your project is seasonal before choosing it. The first half of Little House in the Big Woods

is all about preparing for winter, thus a dried corncob would be readily available. Not so in the middle of February! After discovering that most stores weren’t even carrying corn on the cob, or if they did, it was shrink-wrapped sans husks for more than $4 a package, I made the “executive” decision to use the dried corn husks we’d already purchased for doll hair and make corn husk dolls instead. A corn husk doll is actually a Native American toy (see Wikipedia for a brief history) that was adopted by early American settlers. And even though it’s not the corncob doll Laura describes, the girls really had a blast making them! They were very creative with their clothing and hair designs once the more intricate steps in creating the body were accomplished. I also loved the fact that girls of all ages — as young as three and as old as 13 — were completely captivated by this project, as well as the moms working alongside their girls. We used these fairly simple step-by-step illustrated directions from MarthaStewart.com. The girls needed some help with the first two steps, which involved binding the ends of one stack of four to six dampened corn husks and then splitting that stack down the middle, folding the even halves over the little “nob” they’d just created by binding the ends, and then binding the new chubby end into a “head” shape. Here’s how it should look after that step: The easiest step was taking one dampened corn husk sheet and rolling it, then tying off the ends to create the arms. The arm “stick” is then placed evenly between the husk sheets dangling below the head, and another tie below them creates the doll’s waist. At this point, you have a head, arms, a waist, and a dangling skirt of corn husks. Now you can trim off the ends of the arms for hands, and you have a basic girl doll body. Most of the girls decided to make girls, of course: We gathered scraps of fabric from various free sources, as well as ribbon and yarn, so that the girls could create outfits and hair for their dolls. There were no specific instructions on how to create the doll’s hair on the Martha Stewart guide we were using: It simply said, “To make hair, glue yarn or raffia to the heads.” It was a bit of a challenge, but after some trial and error, most of the girls got plenty of yarn hair on their dolls. Very adhesive glue helps on this one! Then came the dress designing! This was definitely the most exciting part of the doll creation process. What little girl doesn’t enjoy designing an outfit when they have a stack of colorful fabrics and ribbons in front of them? I have to say I was really impressed with the results. In the end, I was very pleased with our first “Little House” craft project, even if it didn’t turn out to be specific to the book. I had no idea that the girls would have so much fun creating their dolls. Plus, once the girls were done with their dolls, they immediately struck up role-playing with them. So if you find yourself studying Native American culture or early American history, creating corn husk dolls is a wonderful hands-on homeschooling experience — even for boys. Can’t you imagine a little frontiersman expedition taking place with a troop of corn husk boys decked out in corn husk weapons?

The project is simple enough that you don’t have to be super crafty or purchase specialized supplies to pull it off. The dried corn husk packs (easily purchased in the Mexican foods section of your grocery store) were the only items we didn’t have on hand already. We gathered up a nice variety of fabrics and extras from all the moms who brought scraps from various sources. And I already had glue, scissors and yarn on hand. My only recommendation for an improvement on our experience would be using better glue, maybe a hot glue gun?

I would love to know if you’ve ever made corn husk dolls, and if so, do you have any tips or suggestions for us? Share them in the comments section below. I know my girls want to do this project again, so I’d love to hear your experiences and any improvements you might have! 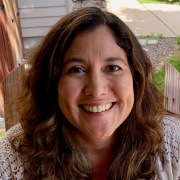